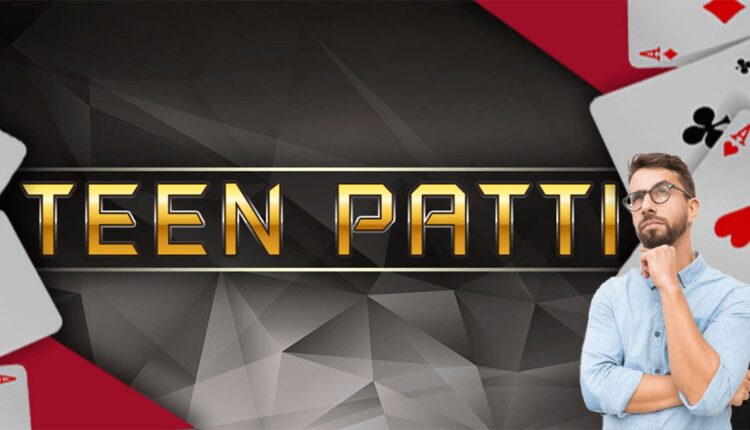 Teen patti game is a popular Indian card game that is mainly played in countries of south Asia. The game requires a standard deck of 52 cards without the joker cards. It is played with a minimum of three players and a maximum of six players.

This card game is called teenpatti because it involves making combinations or sequences of three cards. Different arrangements have different points, and the person with the highest points wins the game and the money.

What are the different combinations possible in 3patti?

Below listed are the six standard sequences possible. They are listed in decreasing order of their value, although variation may exist depending on the mode or type of 3 patti you’re playing online. Face cards, including aces, are generally given a higher rank than numbered cards.

How is teen patti played, and what skills help?

The game of teen patti begins with all players placing a bet of an amount that may be the same or greater than the previous bidder. If the value of the bet increases, all players must increase their bidding amount until everyone has put in the same amount.

The amount is pooled and collected in the middle. The dealer gives three cards to every player, and the cards are dealt face down. The remaining cards are kept in a separate deck. In each turn, a player can choose to raise or fold. Raise would mean that they would increase the bet amount. A fold would mean the player is dropping out of the game and is ineligible to win the pooled amount.

The players reveal their cards at the end, and the person with the highest value or point wins the game.

It has been long debated whether teen patti is a game of luck or skill. Both are required equally. Confidence is a quality a player must possess, and they should be quick at making decisions to avoid losses. Additionally, a player must have the high emotional intelligence to decide whether to bet or fold. Staying calm under stressful situations can help players navigate the game clearly.

The Truth About Gambling: Why You Shouldn’t Gamble

Can You Win Real Money Playing Casino Games Online In The Philippines?